Access to information is now the rule and secrecy the exemption, Dr Victoria Lemieux, senior public specialist from the World Bank, laid out yesterday during a debriefing session with journalists.

The debriefing session was ran by the regulator of the Access to Information (ATI) Act, the Information Commission, to apprise the press of the Act which was enacted in July 2018.

In the session were representatives from the Seychelles News Agency, Seychelles Broadcasting Corporation (SBC), Seychelles NATION, The Independent, Today in Seychelles and TéléSesel.

It proved an opportunity for journalists to clarify doubts and demand more explanations on how the Act functions, the roles of information officers and the procedures to request information among others.

Only in force for over a year now, the ATI Act has been described as a ‘powerful’ legislation which allows the public to access information from any public body and makes use of penalties for delay of information or non-compliance from these public bodies.

Dr Lemieux, who visited the country in August last year as part of the preparation process for the implementation of the Act, said she was happy to see the progress that has been made in the past year.

She explained that access to information is a global phenomenon which pushes for more open, transparent governments.

Three fourths of countries in the world, including Seychelles, have established access to information laws so far.

Dr Lemieux noted that everyone has the right to access information and further added that the media has a particularly important role to play in making sure that people understand this right.

Journalists also have to know how to effectively use the law in their advantage such as when they are working on investigative pieces.

Dr Lemieux noted that a shift in mindset and government culture – from secrecy to openness – is needed in the public service in order to better acclimate to the ATI Act.

“Access has become the rule and secrecy is the exemption, and that has become the new rule but it is an adjustment on the part of the public service; the old style of public service is gradually being replaced with a new style of open government. So it is change in culture and mindset,” she stated.

Several journalists picked up from this when detailing the challenges they face when requesting for information through information officers in certain public agencies.

They also spoke of inconsistencies between various ministries and agencies, particularly in regards to whether access to information requests should be sent through letter or via emails.

The Information Commission has reassured the members of the media that they would address these matters during a training workshop being conducted for information officers tomorrow.

The Commission Launches its “How To” Manual | More Information Officers Trained 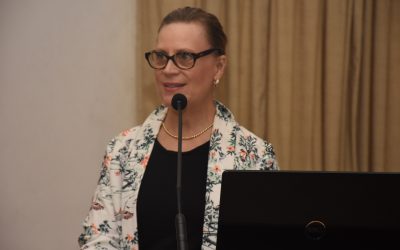 Officers get better insight into Access to Information Act

If you have a question or need specific information, please use the contact form or the contact information below and we will get back to you as soon as possible.
Contact Information:
Dina Antoine
Administrative Officer - Information Officer